Chad Valley @ Schubas in September of 2011 (more by Matt Ziegler) 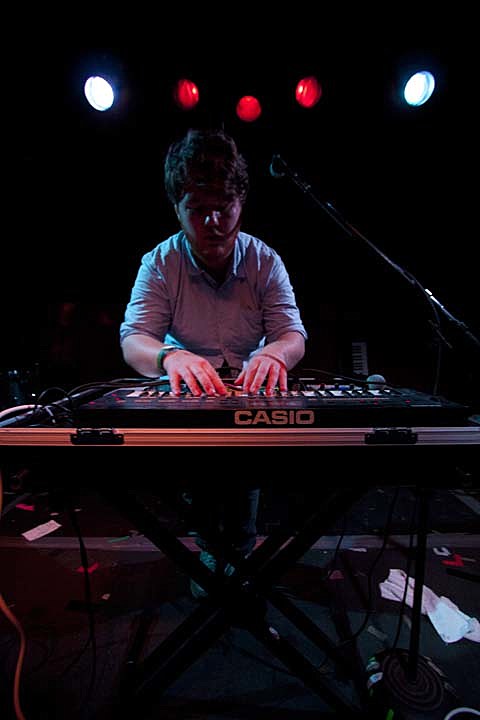 UK synth popper Chad Valley is set to welcome his debut LP, Young Hunger, on October 30 via Cascine. The 11-track album features guest appearances from many of his recent tourmates/collaborators, including Twin Shadow, Active Child, Glasser, Totally Enormous Extinct Dinosaurs, and more. Glasser jumped on the album's lead single "Fall 4 U," which you can stream at the bottom of this post with a Lissvik remix. A stream of the falsetto-heavy "Tell All Your Friends" can also be found below.

Surrounding his appearance at CMJ in NYC, Valley will play a couple of select US shows in October. One of those shows is a performance at Schubas on October 20, with support from Mister Lies. Advance tickets are on sale.

Mister Lies, who we recently interviewed, is also headed to NYC to perform at CMJ later this month. He's ALSO headed there tonight (Friday, October 5) to make his live NYC debut at Cameo Gallery in Brooklyn. His current 2012 tour schedule is also below.

All Chad Valley // Mister Lies tour dates and some song streams are below...