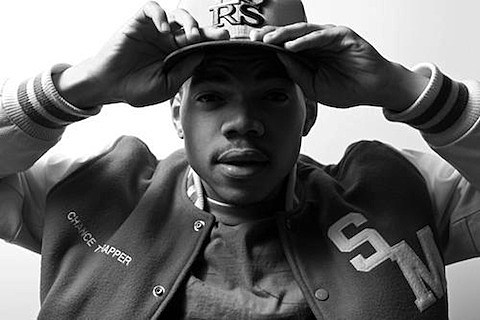 Chicago's Chance the Rapper is riding high off the release of his great new mixtape, Acid Rap, which dropped last week and has already garnered quite a bit of critical acclaim. Have you checked it out yet? If not, Acid Rap is available to stream at the bottom of this post. Today, Chance has revealed "Paranoia," a collaboration with L.A. producer Nosaj Thing, as part of Yours Truly's "Songs From Scratch" series. It might sound familiar if you've already heard the mixtape, as "Paranoia" is the secret track // second half of "Pusha Man" (it starts at 2:48). A stream of Nosaj's slightly different version and footage of the pair in the studio can also be found at the bottom of this post.

As discussed, Chance will be celebrating the release of Acid Rap with a hometown show at Metro on May 26. That show is now sold-out, but he's just added a second performance on May 25. Tickets go on sale this Friday (5/10) at noon CST. You can also catch him at Lollapalooza and/or on tour with Mac Miller this summer.

Streams of Acid Rap and "Paranoia" are below...