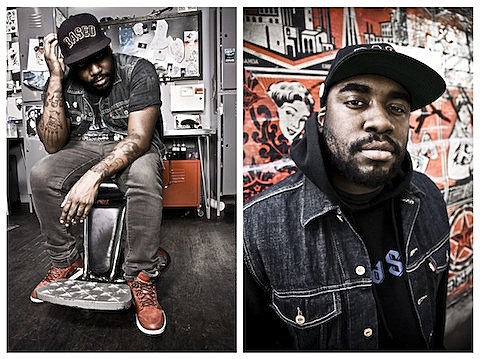 ShowYouSuck and his ever-present hype man Auggie the 9th have a brand new video for their track "Hunter Hearst Helmsley (Homies Help Homies)." The clip was directed by Brian Lamb and shot at Jugrnaut in the South Loop and at The Congress Theater in Logan Square. Watch it below.

ShowYou has a number of upcoming shows, including TWO tomorrow night. He'll start the night off by opening up for Retrospect at Lasalle Power Co.. The WHOevers, Mint Lab Astronauts, and Chandler London are also on the bill. Later on he'll be performing at Reggie's alongside The Boy Illinois. Check out his current tour schedule and new video, below...