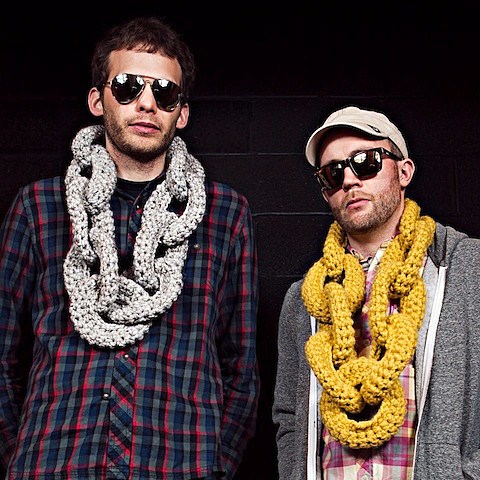 As mentioned, Chicago beatsmiths The Hoot Internet are gearing up for the release of their debut LP, FEAT, due out on October 2 via Decon. Much like its title suggests, the album features a slew of special guests including Class Actress, Cadence Weapon, AC Newman, Annie Hart, ShowYouSuck, Zambri, Hooray for Earth, BBU, the Rosebuds, Astronautalis, and many more. Rolling Stone have premiered FEAT's lead single "Won't Fuck Us Over," which SLV STV explained began as a cover of The National's "Mr. November." The track features vocals from Annie Hart of Au Revoir Simone and verses from local hip hop group BBU. You can download it at the top of this post.

The Hood Internet head out on a West Coast tour later this month, with support from Tanya Morgan and Psalm One. Check out their tour schedule below, along with a video of their recent A.V. Club Undercover episode, where they covered The Pretenders' "Back On The Chain Gang" with Dan Didier (The Promise Ring/Maritime), Angela Mullenhour, and Ellen Bunch (both of Coins).