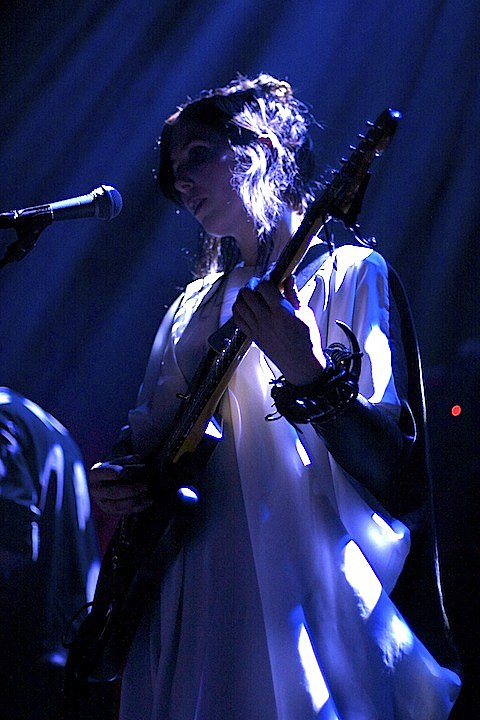 As mentioned, the 2013 edition of Tomorrow Never Knows is slated to take place from January 16-20 at venues throughout the city. More acts have now been added to the festival, some to existing shows and some as brand new events.

One of those brand new shows is the stacked lineup of Chelsea Wolfe, The Amazing, and King Dude at Schubas on January 19. Ms. Wolfe made her Chicago debut at Lincoln Hall this summer, and recently released the great Unknown Rooms: A Collection Of Acoustic Songs via Sargent House. She's got an electric, full-band album coming soon. Sweden's The Amazing welcomed their Gentle Stream LP last month in the US via Partisan Records. They're currently supporting Tame Impala on tour and will be in Chicago on November 13 to play Metro. King Dude (aka TJ Cowgill) released his new album, Burning Daylight, in October via DAIS. He'll embark on a North American tour this weekend, which is set to reach Chicago on December 12 for a performance at the Empty Bottle. Tickets for Chelsea Wolfe, The Amazing, and King Dude go on sale this Friday (11/9) at noon CST.

The other new show will be headlined by San Francisco's Geographer, and is taking place at Schubas on January 20. Tickets for that show are also going on sale this Friday at noon CST.

As mentioned, The Walkmen, who played Metro as part of TNK 2012, will be playing the Vic with Father John Misty on January 18. That show is now part of Tomorrow Never Knows, with limited availability for 5-Day Pass holders. Speaking of 5-day passes, they are still available.