Boris in New York in 2013 (more by PSquared Photography) 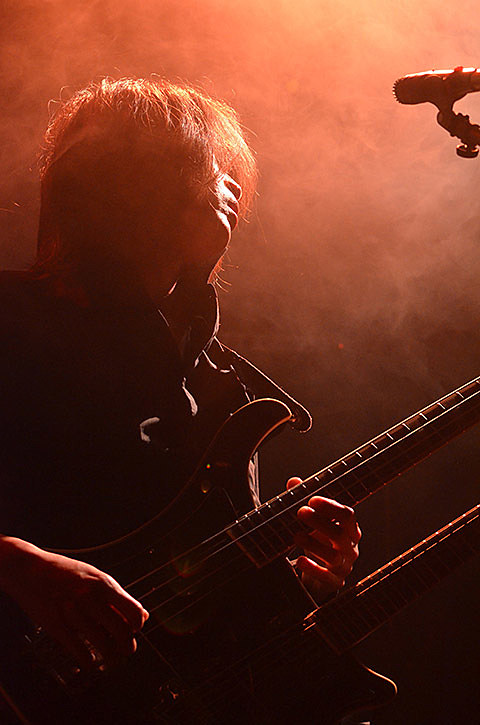 Summer in Chicago can be long and exhausting. If, by August, you feel like you can't take any more suburban kids in neon crop tops crowding into your favorite parks, don't worry, there's still antidotal heavy music to be consumed in dark rooms. We already told you about the stacked June and July rosters of heaviness, so now here's the situation for the dog days of August.

It ain't in Chicago, but the Summer Slaughter Tour will hit Mojoes in Joliet on August 2 with heavy hitters like Morbid Angel, Dying Fetus, Goatwhore, Origin and more (tickets. So there's that.

On August 5, as we've mentioned, Texas hell-raisers Power Trip and Mammoth Grinder will stop in at Beat Kitchen for a strong dose of old-school thrash. Tickets for that monster are still on sale here.

Next on the docket is a killer show at Bottom Lounge on August 10. Japanese noise-doom chameleons Boris are on tour and will bring their unmissable live show to bear on Chicago with support from local prog-doomers The Atlas Moth and Salt Lake City doom outfit SubRosa. This one is gonna be awesome, and tickets can be found here.

The following night, on August 16, Louisville stalwart punks Coliseum, recently signed to Deathwish, will play at Beat Kitchen with support from Meat Wave and Chord. Tickets for that show are on sale now.

Canadian punks Propagandhi are on tour with RVIVR and War On Women, and they'll stop in at Concord Music Hall. Tickets for that show are still on sale.

Closing off August on a ridiculously high note, and as we've already noted, stoner giants Sleep will be playing back to back shows with Corrections House at Thalia Hall on August 28 and 29. Tickets for the first night are sold out, but you can still snag them for the 29th here.

And as a bonus, it may not be August, but close enough for jazz, Skeletonwitch, Ghoul and Black Anvil will play a stacked show at Double Door on September 5 as part of their tour (before they hit the road with Amon Amarth). Tickets for that are on sale here.

That about does it for the summer. See you at Reggies.

Check our our Invisible Oranges-approved Chicago metal show calendar for more, all year round.