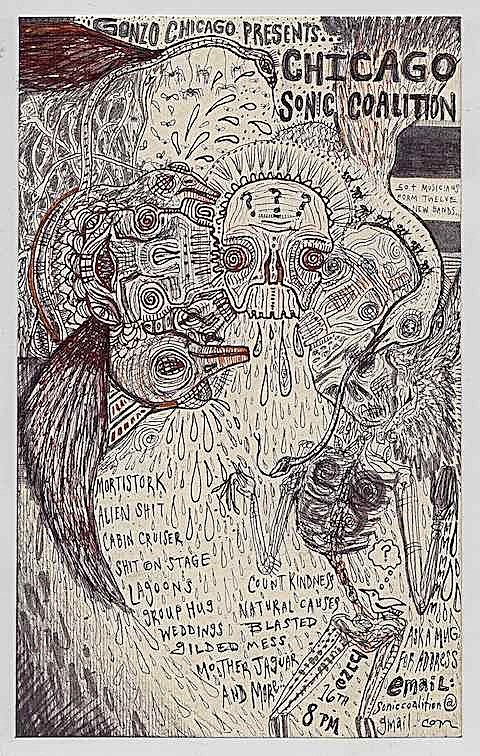 The idea is simple: Gather over 60 Chicago musicians, and put their name in a hat. Publicly draw at random to form over 17 new bands. Give those bands over two months to prepare a 15-20 minute set of new music, then bring those acts in front of a live audience. Throw them together to write and practice songs, push creativity, and get people out of their comfort zones. The execution, however, isn't that easy. How would these people mesh? Would they get along? Could they even get together, let alone write together, or even agree on what to do? Almost everyone involved is in a current, active band. Some even touring as I write this.

Recently a bunch of DIY venues have been shuttered, so they're being careful with this event: On June 16 at 8PM, 12+ bands will play a basement spot in the middle of the city. You won't find venue info on the Internet, either "ask a mug" or shoot the Sonic Coalition an email for details.