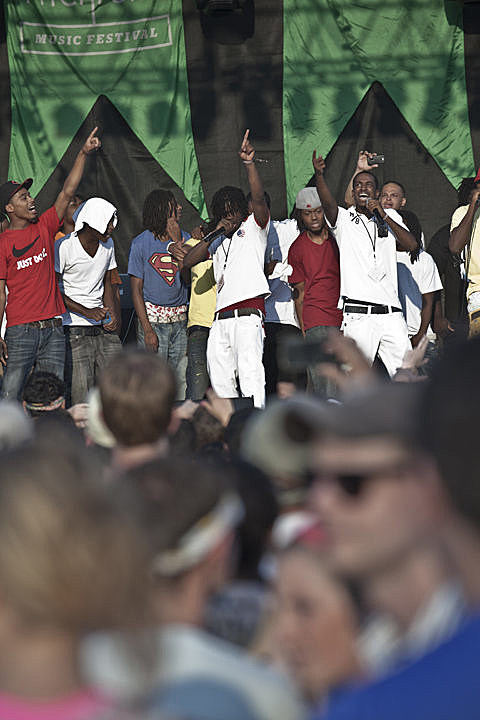 Chicago rapper Chief Keef's single, "I Don't Like," off of his free Back From The Dead mixtape, is virtually everywhere. When I'm not playing the song myself, I'm hearing it in stores, in passing car stereos, and playing through the PA at shows, like at Purity Ring's recent NYC show, where it was played multiple times. Plus there's the Kanye remix, Schoolboy Q and Ab-Soul covered it live in Chicago, and Keef just came out on stage at Chicago's Pitchfork Festival during AraabMuzik's set to play the song with Lil Reese (who's featured on the track) and Young Chop (who produced it). A video of that is below.

Now, anyone who grabbed tickets for this year's Lollapalooza, which goes down in Chicago's Grant Park this weekend (8/3-5) will get a chance to hear that song (and his others) because Chief Keef has been added to Lollapalooza. He'll play the Perry's stage at 12:15 PM on Saturday (8/4). The updated schedule can be viewed HERE.

Keef recently inked a deal with Interscope, who will be releasing his major label debut album at some point, though some are already speculating that he might be a one hit wonder. What do you think? 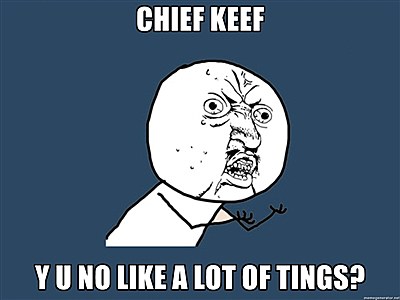