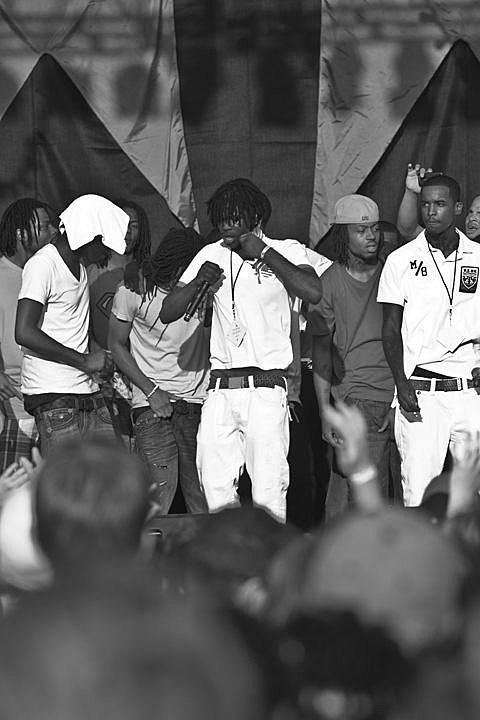 Keef, whose real name is Keith Cozart, appeared in Cook County juvenile court. Cozart, 17, is on probation for pointing a gun at Chicago Police officers.

Judge Carl Anthony Walker found Cozart showed a "willful disregard" of the court. He's being held until Thursday when the judge will hold a sentencing hearing.

Prosecutors said he violated his probation in June when he visited a gun range in New York. He was prohibited by the judge from having contact with firearms. His attorney Dennis Berkson argued Cozart fired a rifle on private property as part of a promotional video. He said that didn't violate the spirit of the judge's order. [Chicago Sun-Times]