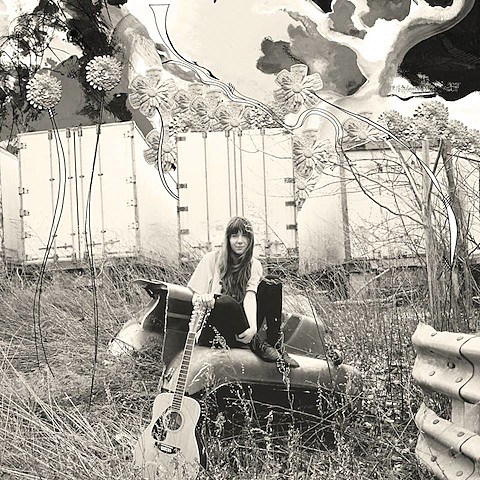 Chicago experimental singer-songwriter Circuit des Yeux (aka Haley Fohr) welcomed her daring fifth album, Overdue, last October. Fohr has since been touring hard in support of the LP, and will continue to do so this year. She'll head out on a winter European tour with Bill Callahan (who she also toured with in 2013) and has also announced a spring U.S. jaunt of her own, which includes a performance at Austin Psych Fest. She'll also play a hometown show at the Hideout on April 28 with her backing band of Cooper Crain and John Dawson. Ticketing information for the Chicago show is forthcoming, but check the Hideout's concert calendar for updates.

Fohr also has a new video for Overdue's soaring "Lithonia," which she directed and edited herself. That video and her full 2014 tour schedule lie after the jump...

All Shows Marked * Will Be Backed by Cooper Crain & John Dawson