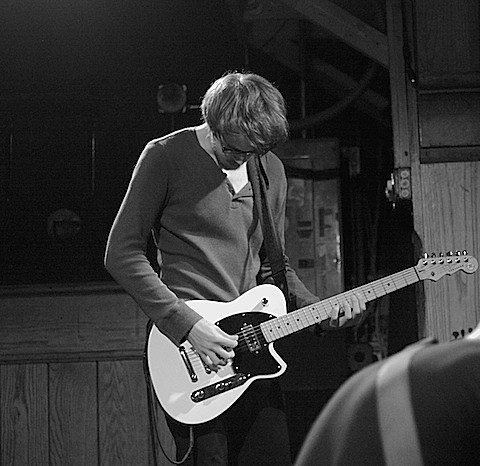 When I was in my teens, the term "power-pop" had a bad connotation. Looking back on it, the issue seems to be that I hadn't heard any authentic or creative power-pop. It's not necessarily a genre I see myself getting into, but A Classic Education and Cloud Nothings both do it justice, though Cloud Nothings have graduated to a darker, more punk-oriented sound.

A Classic Education's peppy style got textural with Giulia Mazza's keyboard and Luca Mazzieri's expressive and occasionally quickly-strummed guitar. Drummer Federico Oppi played with aggressive energy, slamming so hard on the snare drum during the most intense sections that his sticks visibly pushed down into the head of the drum. Paul Pieretto's bass playing was melodic, with stylish slides and bends. The last moments of their set had a hardly-contained wildness to it, with Mazzieri and singer Jonathan Clancy dancing around the stage, strumming their guitars.

Cloud Nothings opened with the youthful anthem "Stay Useless," one of the lighter songs from 2012's excellent Attack on Memory, which was the focus of their set. Next was "Fall In," the chorus of which is very reminiscent of early 90s pop-punk. They flowed into a dark, ambient build, with drummer Jayson Gerycz building the intensity from a flurry of rim clicks and drum shell tapping, to snare drum artillery fire and cymbal crashes. The guitars went from post-rock strumming to punk with dirty bends, driving a small group at the front of the room to mosh, which I've never seen happen at Schubas.

TJ Duke's grinding distorted bass gave "Wasted Days" a kind of body that can not be felt anywhere on the record, and the band launched into the four-plus-minute bridge with a guitar solo from Joe Boyer that was accented by Dylan Baldi's alarm-like pedal manipulation. It took a dark, psychedelic turn for a while before Baldi came back in shouting, "I thought I would be more than this." The first chord of "No Future/No Past" created an indescribable eerie tension throughout my body that was twisted by the suspense leading to the chorus. They ended with two songs from their much more upbeat 2011 self-titled release.

"No Sentiment" was somewhere in there, but I was too sucked into their performance to notice when (apparently they won that war they started, whatever it was). This song stands out as the most political and least self-centered track on Attack on Memory. The lyric "no nostalgia" carries some irony due to the album's obvious grunge, pop-punk, and emo influences, as well as its "lost youth" theme. Even more so, "No Sentiment" seems to remark on the past decade of political doublespeak that has contributed to widespread apathy. Baldi doesn't seem to deny that he has been one of the many disillusioned, and I think we've all had our moments, to say the least.

Cloud Nothings are about to head off to Europe for a string of dates and will return to Chicago for Saturday (July 14) of Pitchfork Festival 2012. Head below for more pictures from their Schubas show... 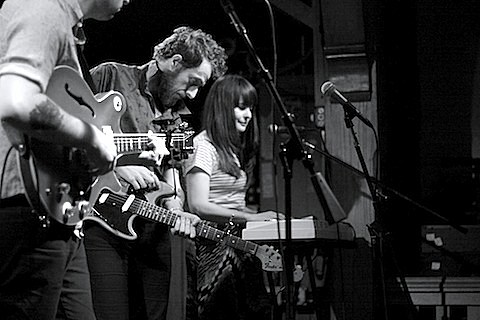 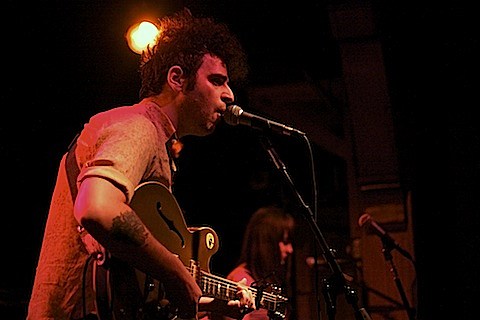 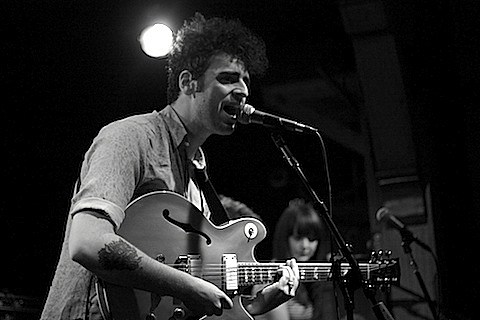 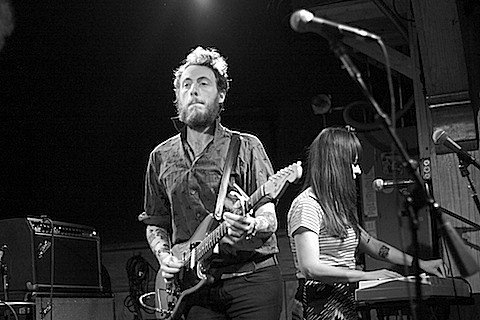 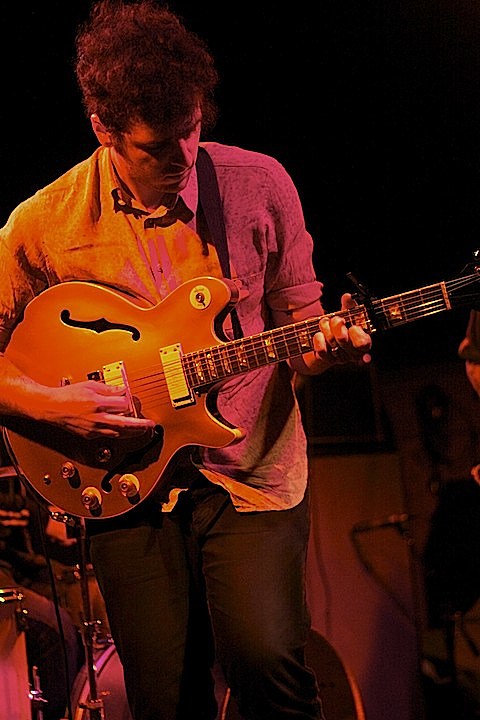 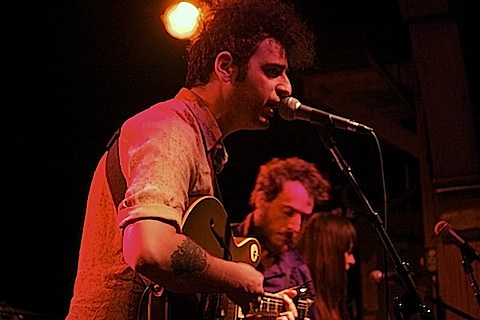 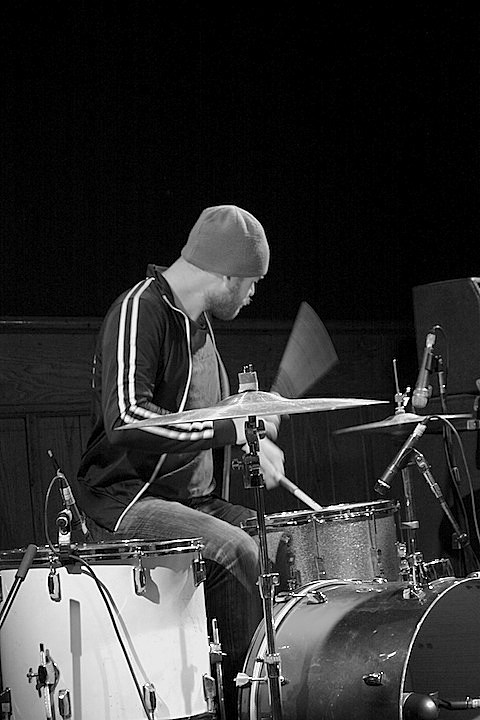 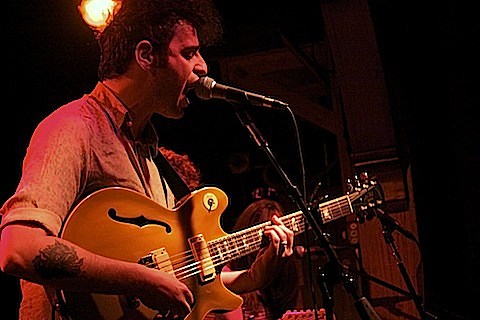 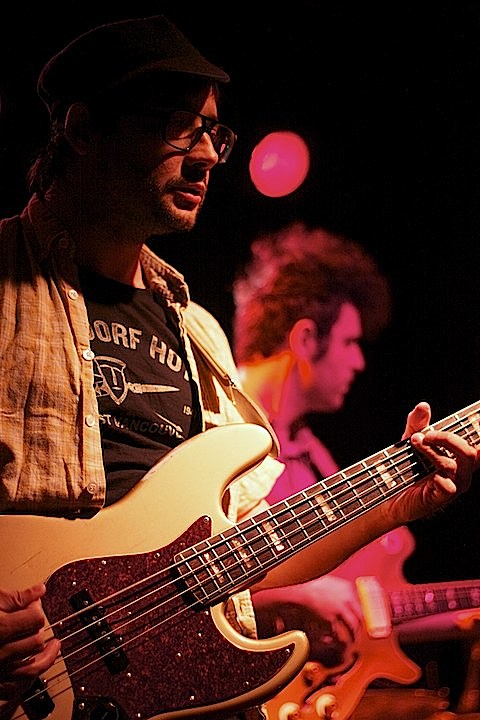 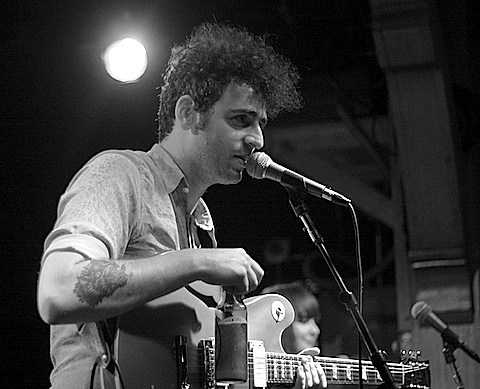 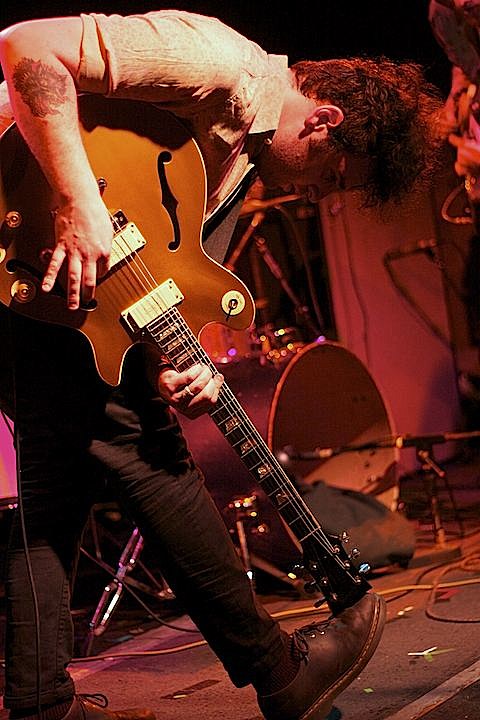 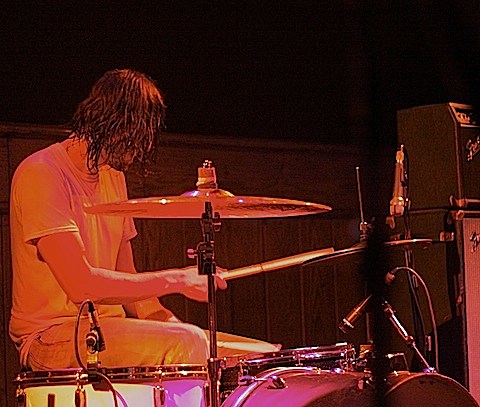 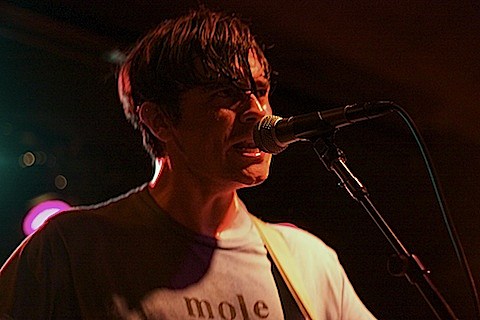 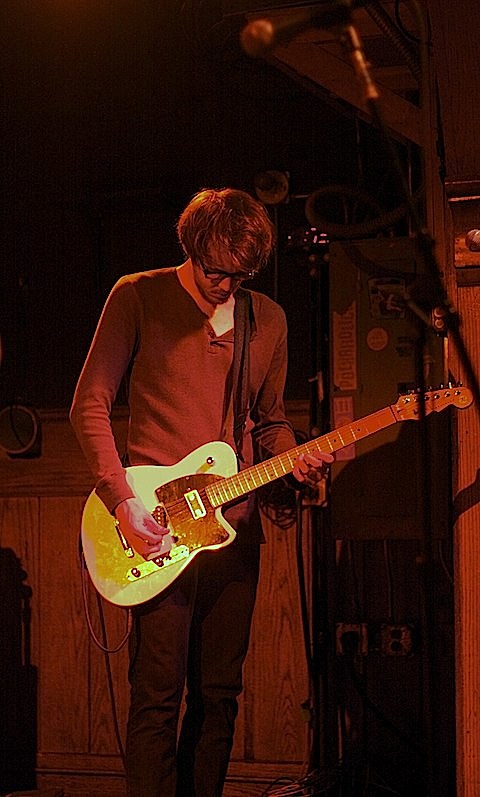 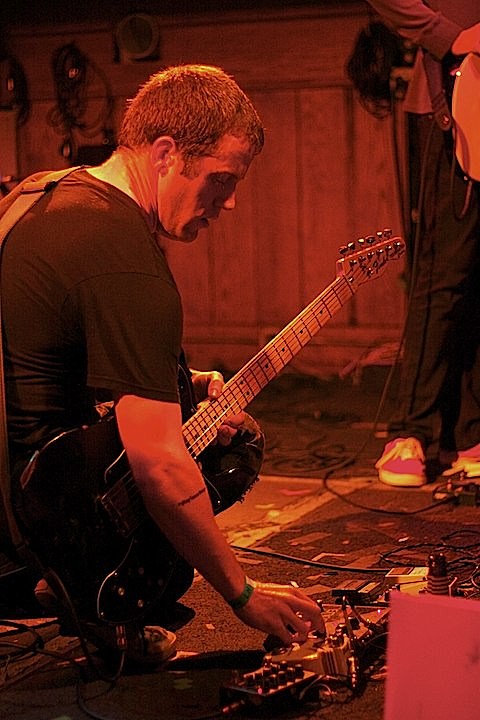 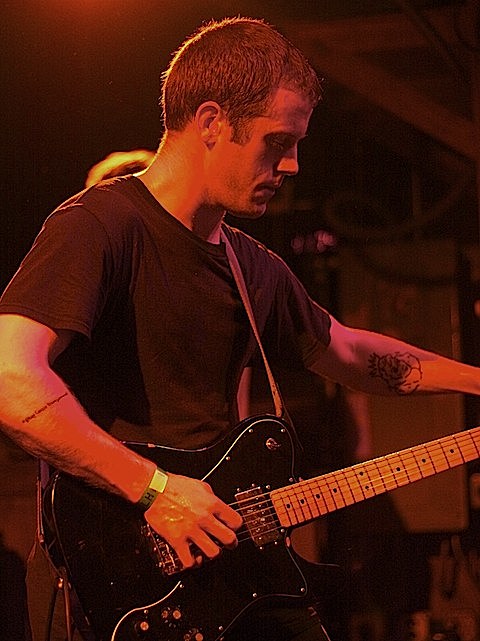 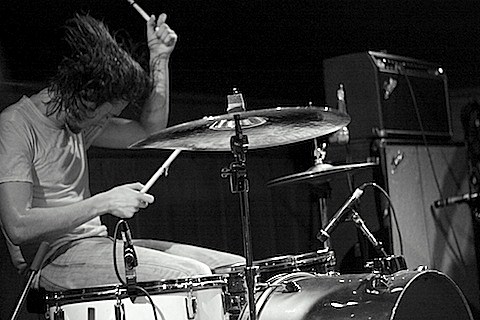 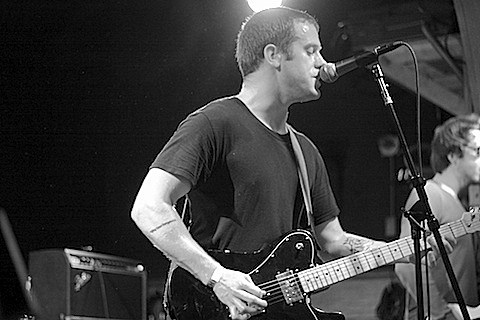 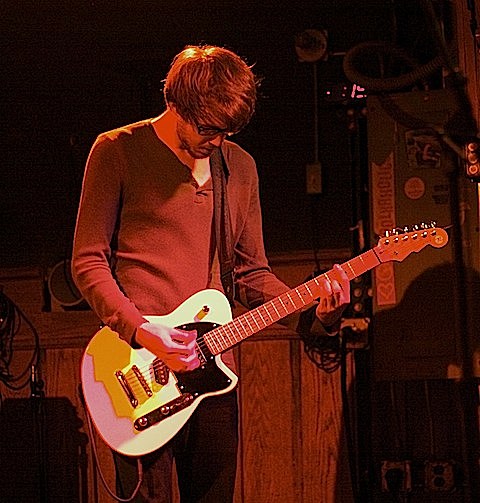 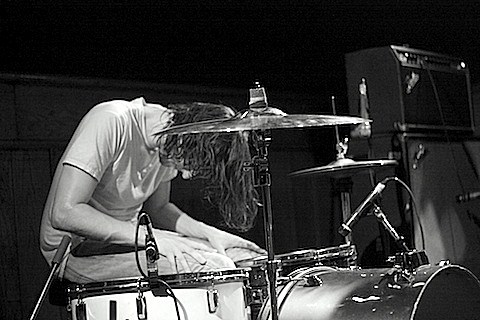 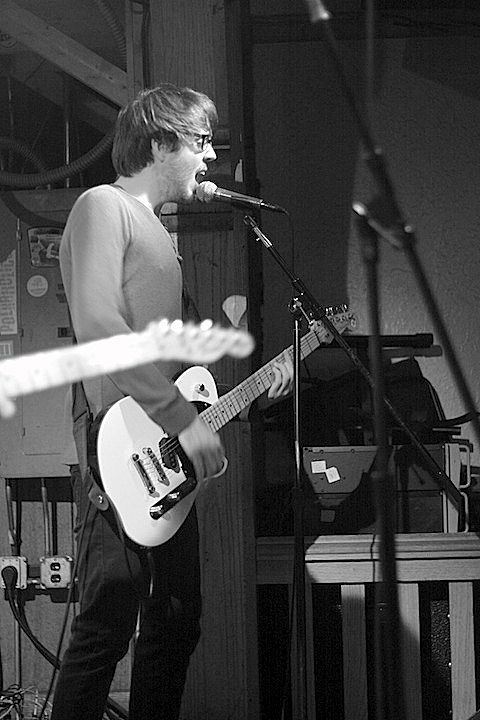 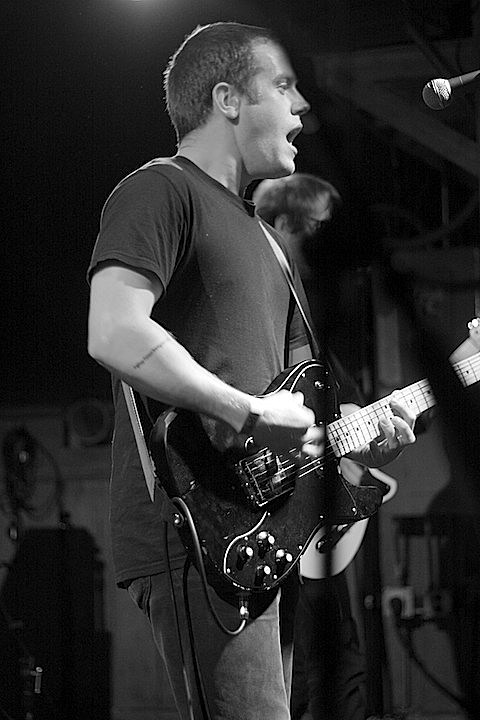