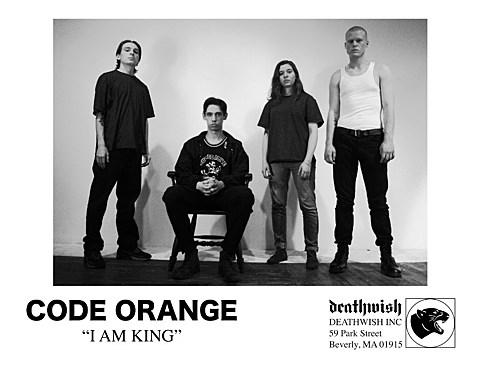 Code Orange, who recently cut "kids" from their name, are slated to release their new album, I Am King, on September 2 via Deathwish Inc. The LP was recorded and engineered by Converge's Kurt Ballou, and you can take a listen to "My World" and the album's title track at the bottom of this post. That's the LP's cover art above, and its tracklisting can also be found below.

Code Orange will be embarking on a September/October North American tour with direct support from Twitching Tongues. That tour includes a show at Beat Kitchen on September 28 with additional support from Discourse. Advance tickets for the Chicago show are on sale now.

All Code Orange dates, those song streams, and tracklisting for I Am King lie after the jump...