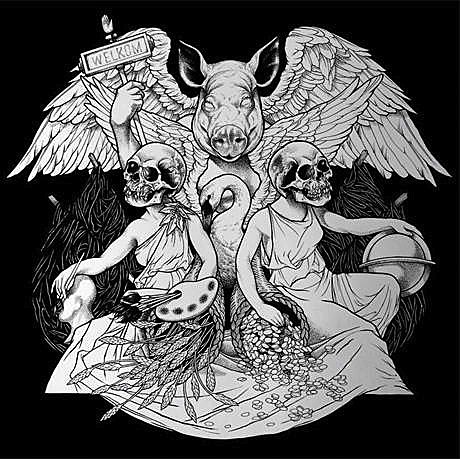 Louisville punks Coliseum have reached the 10-year mark as a band and intend to celebrate with a summer North American tour and reissue of their 2004 debut LP. The reissue of their self-titled debut is due out on August 19 via Deathwish Inc. -- a label they just recently rejoined. It features redone artwork by Baroness' John Baizley (displayed above) and a handful of bonus tracks in addition to the original LP's 12-cuts. Stay tuned to Deathwish's webstore for preorder information.

Coliseum will embark on their 10th anniversary tour later this month. That tour includes a show at Beat Kitchen on August 16 with stacked support from locals Meat Wave and Chord. Advance tickets for the Chicago show are still available.

All Coliseum dates and a stream of their original 2004 debut lie after the jump...

Coliseum - "Give Up And Drive"