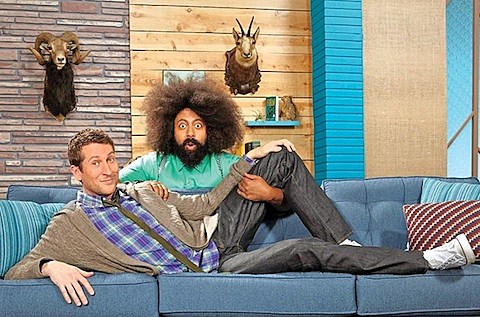 Scott Aukerman (the guy receiving some lovin' from Reggie Watts above) is bringing his podcast/IFC TV series Comedy Bang! Bang! on tour later this month throughout North America. Aukerman and a rotating cast of comedic geniuses will visit Chicago on July 30 for both an early (7PM) and late show (10PM) at the Logan Square Auditorium. The late show is now sold out but tickets for the recently added early show go on sale today at 10AM CST.

All Comedy Bang! Bang! tour dates are listed below, along with some videos.