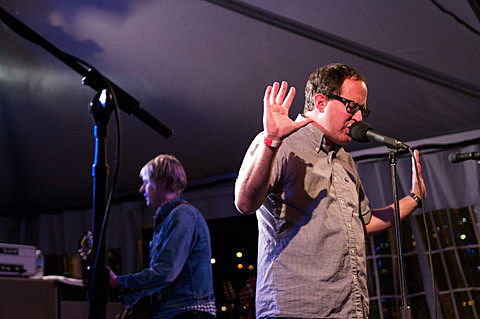 Hold Steady frontman Craig Finn released his debut solo effort, Clear Eyes Full Heart, in January of this year via Vagrant Records. Following the record's release, Finn brought his solo stuff on the road in February with Mount Moriah. As part of that string of dates, the two acts played a sold-out show at the Empty Bottle. Finn has announced that he'll be returning to the venue this summer, on June 2. Tickets go on sale TODAY (April 13), at 10AM CST. Support for the Chicago show is TBA.

Craig has only two announced dates at the moment, one of which is the Chicago show and the other is a performance at the Sled Island Music Festival in Calgary at the end of June. Check out some videos below...