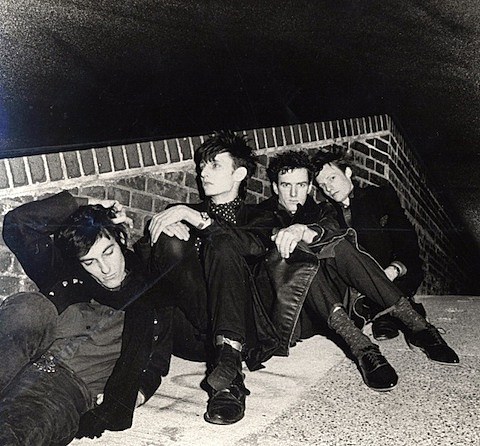 Australian post-punkers Crime & the City Solution called it quits in 1990. There were a few different versions of the band throughout their 13-year career which included The Birthday Party members Mick Harvey and Rowland S. Howard, the Swell Maps' Kevin Paul Godfrey, and others. C&CS singer Simon Bonney is the band's only constant member.

Last year, Bonney (who now lives in Detroit) announced that he's forming a new (5th) version of the outfit with violinist Bronwyn Adams, guitarist Alexander Hacke and his wife Danielle de Picciotto, Jim White (of Dirty Three), David Eugene Edwards (of 16 Horsepower/Woven Hand), Troy Gregory, and Matthew Smith. Their new album and first in 22-years, called American Twilight, is due out via Mute Records in 2013. They'll presumably be playing some of those new songs live when they head out on tour in October. One stop on their tiny US schedule is an October 21 performance at Lincoln Hall. Tickets go on sale this Friday (8/3) at noon CST.

All known Crime & the City Solution dates and some videos are below...