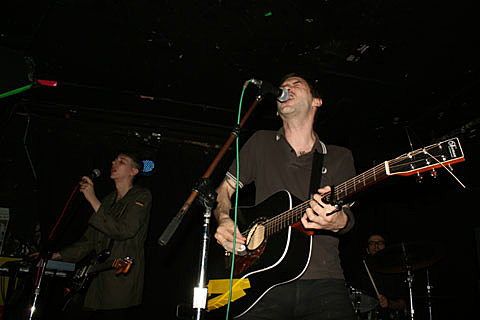 Brooklyn's Cult of Youth have announced that they'll be heading out on a spring North American tour in March, en route to SXSW. That tour kicks off with a hometown show on March 2, and will reach Chicago's the Empty Bottle on March 9 for an Impose Magazine-sponsored, pre-SXSW show with Lazy and Big Ups. Advance tickets for the Chicago show are on sale now. All dates are listed below.

Back in October, CoY taped a La Blogotheque "Take Away Show" in Berlin. Their episode just recently went live, during which they performed a stripped-down version of "Garden of Delights" from their latest album Love Will Prevail. Check out the clip, along with their full 2013 tour schedule, below...