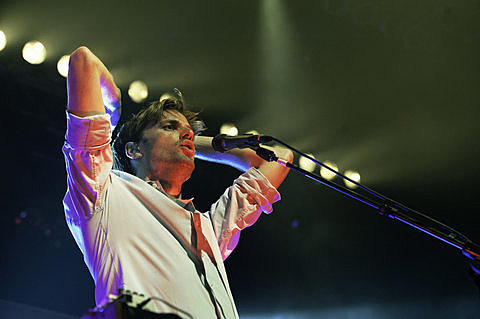 Still in support of their phenomenal 2011 offering Zonoscope, Cut Copy have just announced a massive, fall US tour with support from Washed Out and Midnight Magic.

They'll hit the Chicagoland area twice this fall, playing the Riv on September 20th, and then the Pygmalion Music Festival on September 23rd.

Tickets go on pre-sale for their Riv date TODAY, at noon CST.
Username: Cut
Password: Copy
Tickets have not been posted for sale to the general public as of yet.
Tickets go on sale tomorrow, at 10AM CST.

Before the tour kicks off, Cut Copy have a large summer schedule including a performance on Sunday (7/17), of the 2011 Pitchfork Music Festival.

Washed Out's new LP Within and Without came out yesterday via Sub Pop Records. He (they live) played a one-off at Bowery Ballroom two nights ago, with support from Grimes and Blood Orange. They'll spend the summer touring throughout Europe.

You can view all Cut Copy/Washed Out/Midnight Magic 2011 tour dates below..

"...there are 5 4 shows missing from this list that we can't tell you about yet - sorry - savvier types should be able to figure out where most of them are." - C.C.
--