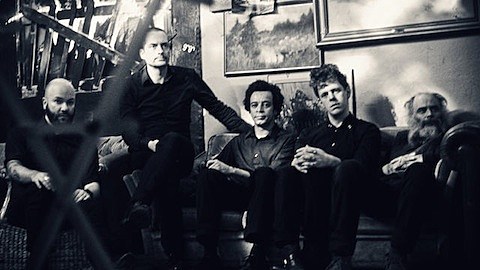 Much like they did in 2011 for Peer Amid, Daniel Higgs and Swedish experimental rockers Skull Defekts have joined forces for another LP. It's called Dances in Dreams of the Known Unknown and is due out on April 8 via Thrill Jockey. Its lead single "Awaking Dream" sees Higgs in Lungfish-mode, spewing his beautiful, fractured poetry over a tense arrangement. You can check out the video for the track at the bottom of this post.

Skull Defekts + Higgs will be embarking on a brief US tour in support of their new LP in late-April. That run opens with a performance at the Empty Bottle on April 29 with Killer Moon and Massive Ego. Tickets for the Chicago show are on sale now.

UPDATE (4/28): It appears the score has changed since the announcement of this show // tour. Skull Defekts will be playing as a quartet, WITHOUT Higgs.

All Skull Defekts + Higgs dates and that video lie after the jump...