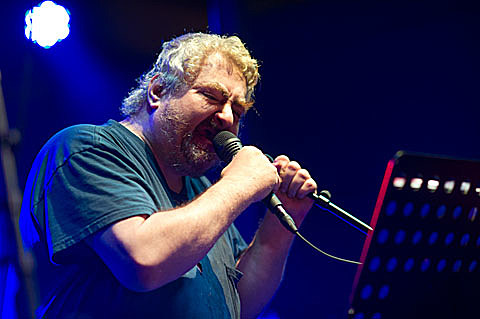 Legendary folk musician and artist Daniel Johnston has announced that he'll be headed to Chicago this fall for a November 3 performance at the Bottom Lounge. Tickets go on sale this Friday (7/13) at noon CST. The Chicago show is one of Daniel's few upcoming live dates; all are listed at the bottom of this post.

At SXSW 2012, BrooklynVegan helped to put on an official showcase for Daniel's first-ever comic book -- Space Ducks: An Infinite Comic Book of Musical Greatness. You can purchase the graphic novel, download the iPad app, and check out the soundtrack.

All known Daniel Johnston dates are listed below, along with a couple of videos.