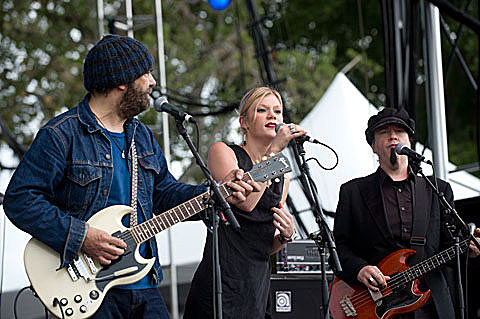 As discussed, Grammy award-winning Canadian producer // musician Daniel Lanois will head to Chicago to play Pritzker Pavilion on June 17 with Brokeback, as part of the free Downtown Sound music series. He'll also play the Old Town School of Folk Music on June 16, and advance tickets are on sale now. After his pair of Chicago shows, Lanois will head to Japan to play a handful of dates in July. His full 2013 tour schedule can be found at the bottom of this post.

Daniel Lanois' latest effort, Black Dub, hit stores back in 2010, but he hasn't just been sitting around for the past three-years. He produced Neil Young's Le Noise, an album for Black Dub bandmate Trixie Whitley, and many more releases.

All known Daniel Lanois tour dates and a stream of Black Dub are below...