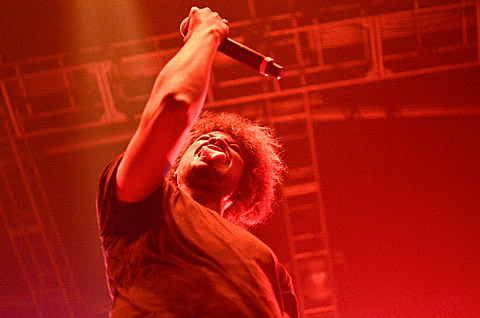 Detroit's Danny Brown is set to head out on a West Coast tour after SXSW with Baauer, and has just announced that he'll be playing a string of North American dates with Kitty (formerly Kitty Pryde) after that. A performance at Bottom Lounge on April 25 is included in his schedule. Tickets for the Chicago show go on sale this Saturday (3/9) at noon CST.

Danny also recently shared a new track, called "#Hottest MC," which will appear on his forthcoming LP Old. It was produced by Harry Fraud, and you can take a listen to it at the bottom of this post.

All Danny Brown tour dates and that song stream are below...

* with Baauer
** with Kitty