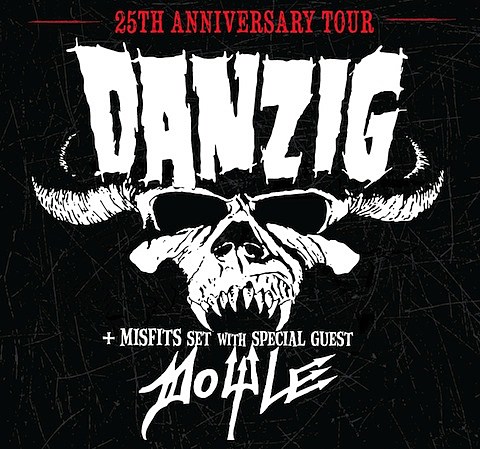 Danzig, who is currently on tour throughout Europe, is beginning to reveal some North American dates in celebration of the 25th anniversary of his debut, self-titled album. That tour will feature former Misfits bandmate Doyle on guitar, performing the Danzig set, followed by a block of Misfits tunes. They'll hit the Congress Theater on August 16. Tickets for the Chicago show go on sale this Saturday (6/29) at noon CST.

All known Danzig tour dates and a couple of videos are below...

Danzig - "How The Gods Kill"