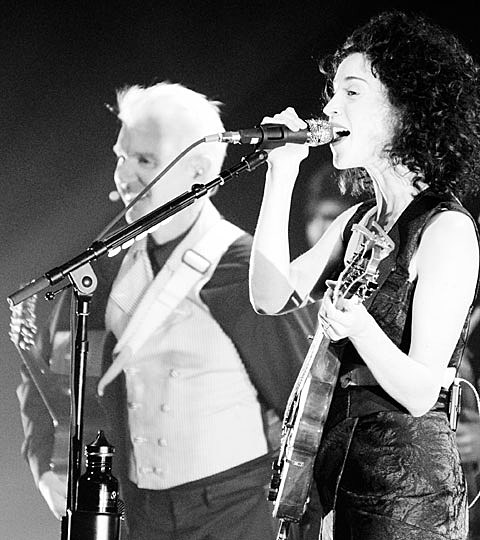 Annie Clark took center stage at The Chicago Theatre on Tuesday (9/18), with David Byrne joining her slightly off-center. Behind them stood the eight-piece brass and woodwind section (some of whom have played with Arcade Fire, Beirut, LCD Soundsystem, Passion Pit, Coldplay, Aaron Neville, Wayne Shorter, and Charles Mingus), flanked by drummer Brian Wolfe and keyboardist/co-musical director Daniel Mintseris. The robust tones of "Who" -- lead single from the duo's collaborative album,  Love This Giant -- blasted out, and David Byrne strummed an acoustic guitar as he sang through a headset mic. Clark nailed the sharply stepping melodies of the line "Who is an honest man?," which nicely contrasted Byrne's bolder vocals.

The band turned their backs at the end of the song, and Byrne joined them in dance steps as they began the Clark-focused "Weekend in the Dust." The choreographed marching continued throughout the show and turned their music into a vague form of theater, reinforced by the songwriter's keen observations on human life and their interactions as performers. Byrne joined the dancing and marching when he wasn't playing guitar, though Clark was tethered by her cords and effects pedals. She kept her feet busy nonetheless, and her shadow cast by the spotlight was particularly entertaining, shrinking exponentially as she danced away from the mic. Her playfully atonal guitar solo during "Ice Age" was a bit quiet, as was most of her playing for the first half of the show.

A guy near me yelled "Byrne, baby, Byrne!" causing Byrne to chuckle and apologize for doing so.

"We even choreographed the laughing," Clark quipped.

After this, the audience continued to compete for their attention, particularly Byrne's, including professing love for both of them, and one suggestion that the pair should run for president ("Clark and Byrne 2012").

The brass and woodwinds traded melodies throughout "The Forest Awakes," backed by a ringing synth and a strong snare and bass drum beat, working their way into a disorienting and anxious swirl. Byrne seemed to be most passionate during "I Should Watch TV," displaying frazzled aggression as deep sub-bass blasted under a hip-hop cymbal rhythm. St. Vincent's "Champagne Year" featured a theremin duet by Clark and Byrne. The two encores each consisted of of one St. Vincent ("The Party") and one Talking Heads ("Road to Nowhere") song. Full setlist is below.

Band member and musical director for the tour, Kelly Pratt, has been keeping a road diary for BrooklynVegan, including a special Chicago report. More pics from last night's show are below. 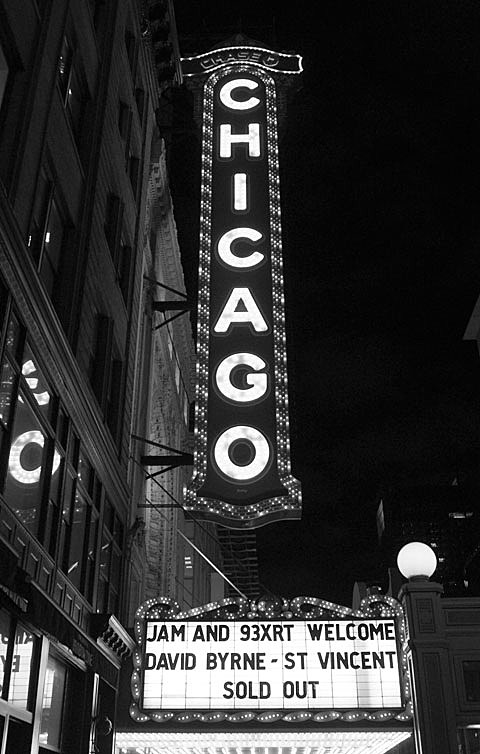 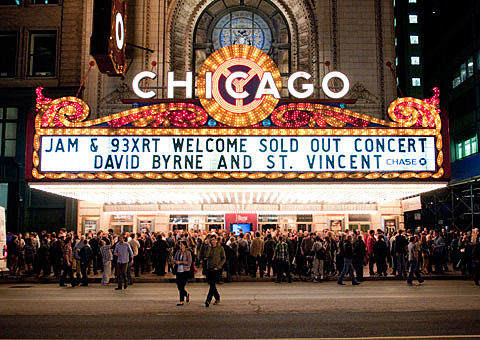 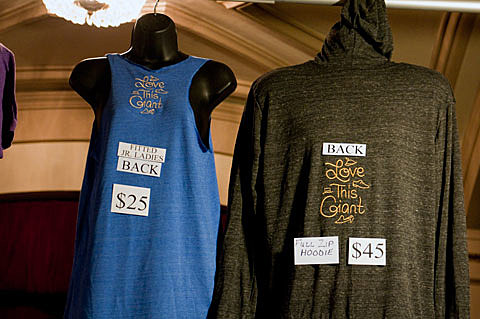 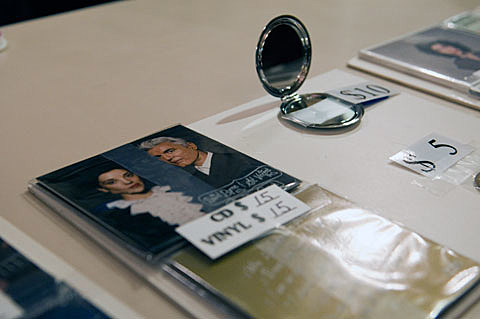 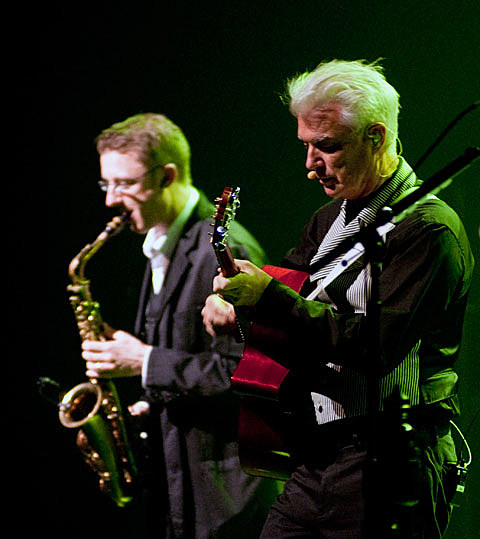 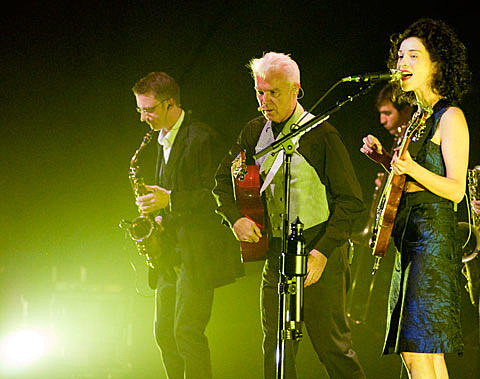 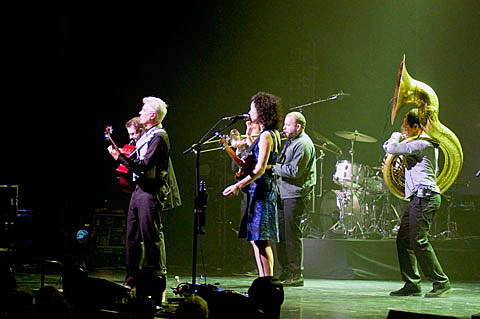 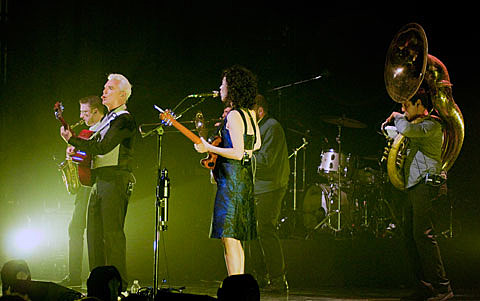 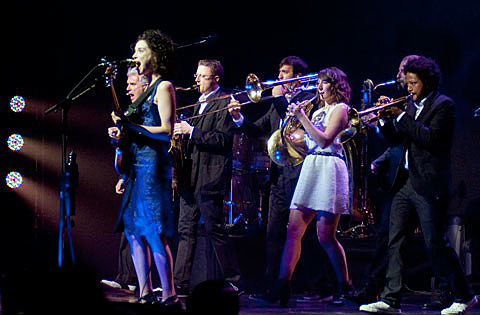 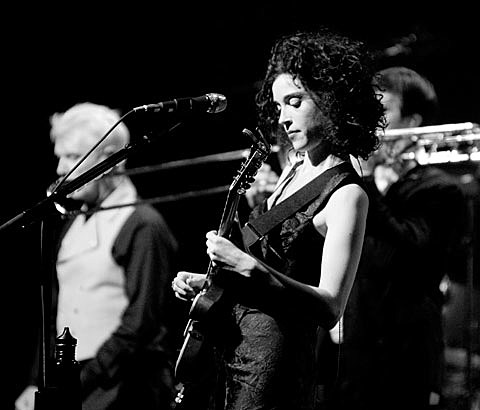 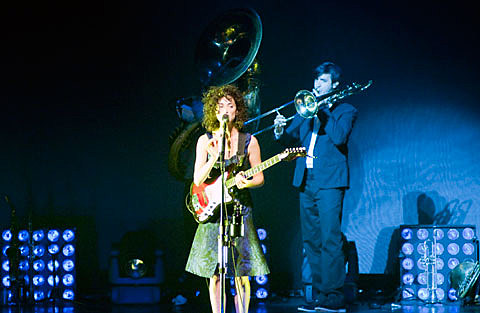 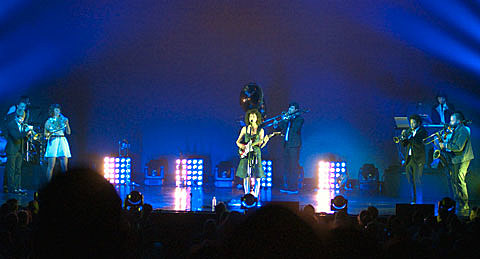 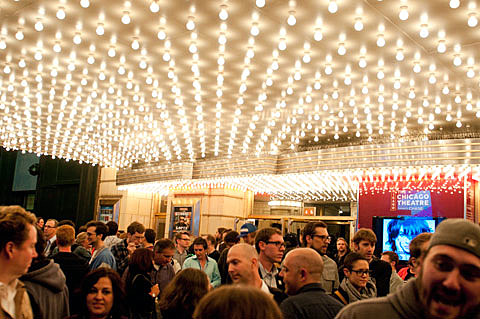