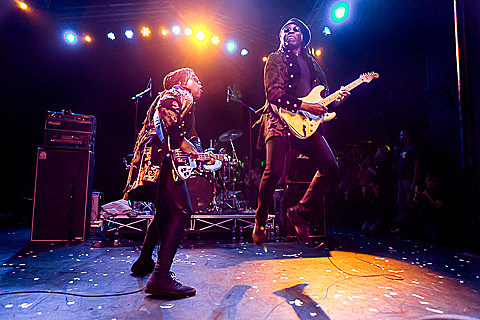 Detroit protopunk unit Death just recently welcomed another album of archival material via Drag City. Death III is said to be the "final missile from the vault of Death" and the collection hit stores on April 22. Death also appear to be announcing a summer North American tour. Only a couple of shows have been announced so far, including a performance at the Empty Bottle on July 12. Tickets are on sale now.

All known Death dates and a few videos lie after the jump...

Death - "Politicians In My Eyes"