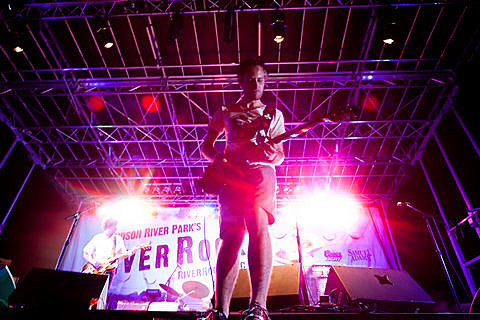 Deer Tick are set to release their new LP Divine Providence on October 25th via Partisan Records. The album was produced by the band, in conjunction with Adam Landry and Justin Collins in their native Rhode Island. It's not only the follow up to 2010's Black Dirt Sessions, but will also mark the group's fourth album in only five years.

The record's single, "Miss K." is available for FREE streaming / download via a mini-site they've created. Divine Providence will be up for pre-order soon via Partisan Records in CD, Vinyl, and Digital Formats.

In support of the album, the group will head out on a fall North American tour which hits Reggie's on November 14th. Tickets are on sale now.

Head to BrooklynVegan to check out the LP's tracklisting, and view all 2011 tour dates.