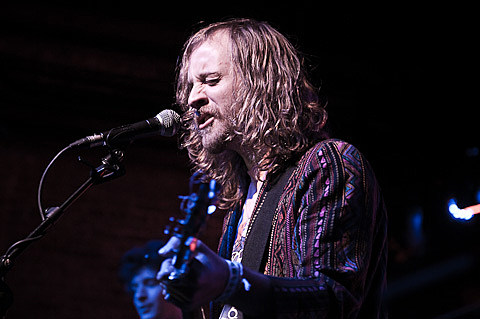 Deer Tick, who are working on a follow-up to 2011's Divine Providence, will be embarking on a U.S. tour later this month. That tour includes a two-night stand at City Winery Chicago on May 7 & 8. Advance tickets (standing room and/or reserved seating) for both shows are on sale now, and we've also got a pair of standing room tickets for each night to give away!

All known Deer Tick tour dates, contest details, and a couple of videos are below...

For a chance at winning a pair of tix to see Deer Tick at City Winery on 5/7 or 5/8:
Tweet something that includes both @BVChicago AND "Deer Tick, City Winery Chicago" in the tweet, or send an email to BVCONTESTS@HOTMAIL.COM with the subject line "Deer Tick - City Winery Chicago". Include your first and last name in the email. We'll pick winners at random and contact them with more details. Your information will not be shared with anyone else. Good luck!