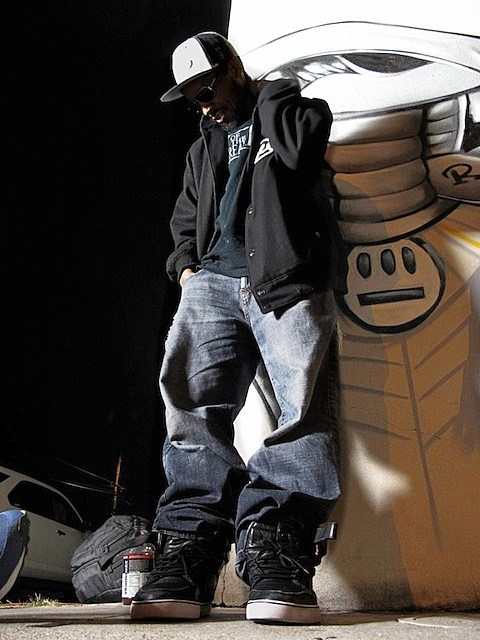 Del the Funky Homosapien is slated to head out on a US tour later this month. That tour begins on October 19 in his homestate of California, and will reach Chicago on October 25 for a performance at Reggie's. Bukue One, The B.E.A.T., Impolite Society, and DJ Zac Hendrix will act as main support, and advance tickets are on sale.

Del's most recent release, titled Attractive Sin, was a collaboration with the group Parallel Thought, and arrived this past June. You can stream the album in its entirety via bandcamp. Del also recently completed the follow-up to 2000's fantastic Deltron 3030, the self-titled album from his project with Dan the Automator and Kid Koala. That album doesn't have a release date, but the trio and a full orchestra have been playing select shows in support of it. Stay tuned for more information.

All Del the Funky Homosapien tour dates and a couple of recent Deltron 3030 videos are below...