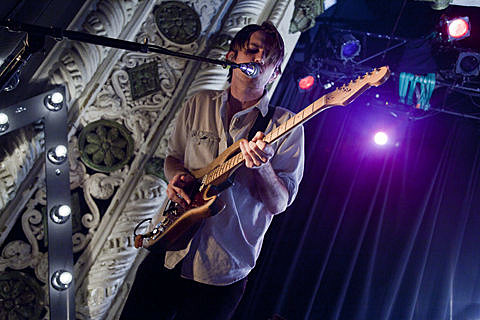 When we said Lollapalooza-related after/side party announcements were beginning to pour in, we weren't yanking your chain. Here's another, presented by Conflict Of Interest/Taco Bell's Feed The Beat, that is set to take place on August 2 (the night before the fest begins) at the Double Door.

It features Delta Spirit (who play Lincoln Hall one night earlier), FIDLAR (who open for Delta Spirit at Lincoln Hall AND play Subterranean with JEFF the Brotherhood the following night), Royal Teeth & Ambassadors. The show is FREE (with RSVP) and attendance is subject to venue capacity; make sure you get there early.

Headed to Lollapalooza? Both Delta Spirit and FIDLAR play on Saturday, August 4.

FIDLAR also recently hit Chicago to play the Vic with The Hives.

Delta Spirit released their new, self-titled LP in March via Rounder. Stream the album in its entirety, and check out a poster for the show below... 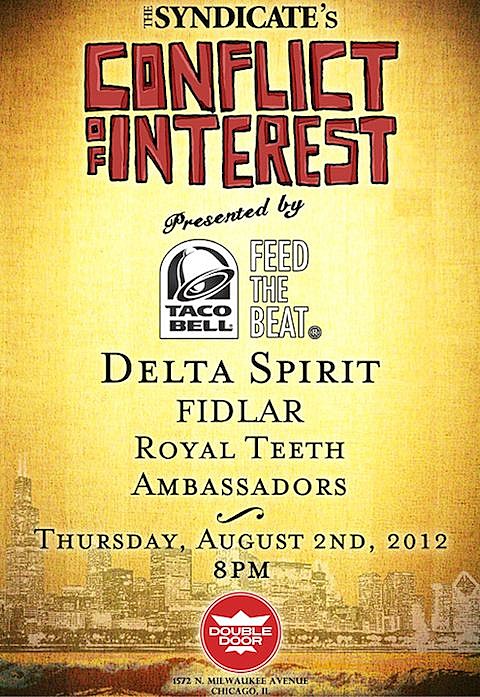