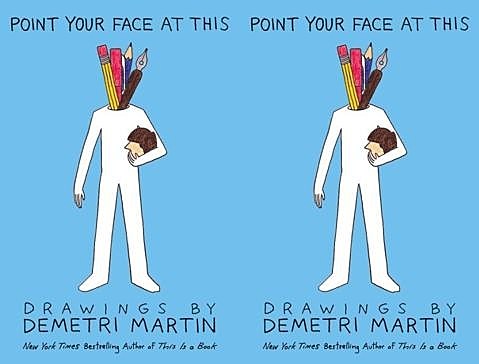 Demetri Martin is gearing up for the release of his second book, Point Your Face at This, which is due out on March 19. Unlike 2011's This Is a Book, Point Your Face at This is "devoted entirely to his trademark one-liners and drawings, as well as short prose and poetry, leaving the longer-form material for his next hardcover." You can preorder the book via his website.

Martin will be going on a spring US tour in support of his forthcoming book. That tour includes a performance at UP Comedy Club on April 1. Advance tickets for the Chicago show are on sale now.

All Demetri Martin tour dates and a few videos are below...