Devo in NYC in June (more by PSquared) 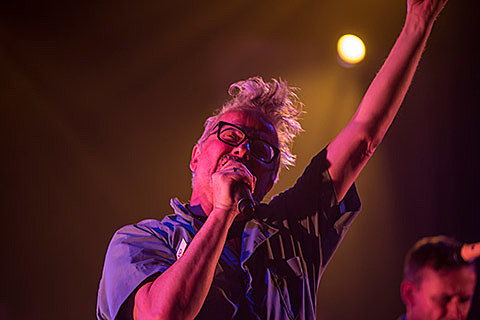 Arcade Fire are bringing their Reflektor tour to Chicago for two shows -- August 26 & 27 at United Center -- and those shows just got way better. Legendary new wave/post-punk/all around weirdos Devo (who Arcade Fire have covered) have been added as support to both dates! Tickets for those shows are still available.

Full tour schedule, including dates with Television, the reunited Unicorns, the reunited Constantines, and more, at BrooklynVegan. Watch a video of Arcade Fire covering Devo's "Uncontrollable Urge" below...