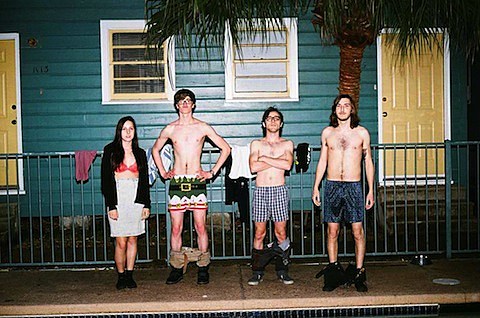 New Orleans four-piece Donovan Wolfington have inked a deal with Topshelf Records, who will be releasing their new EP, Scary Stories You Tell in the Dark, on April 8. It follows last year's Stop Breathing LP, and you can take a listen to its lead single "Keef Ripper" at the bottom of this post (via Noisey). It's a relentlessly energetic tune and, err, a ripper. The EP's tracklisting can also be found below.

DW will be embarking on a spring US tour following SXSW 2014, with support from Chicago's own Dowsing. They'll begin that run with a performance at Township on April 13. Ticketing information for the Chicago show is forthcoming, but check Township's concert calendar for updates.

All Donovan Wolfington dates and that song stream lie after the jump...