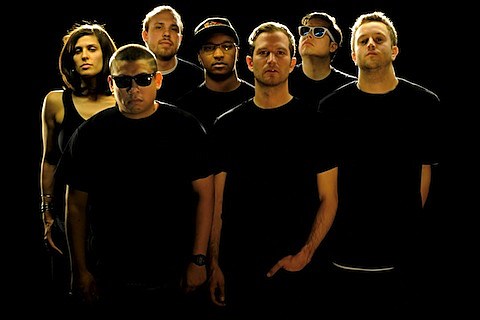 As mentioned, hip hop collective Doomtree will hit Chicago next week (on February 23rd) to play the Bottom Lounge. Frontman Cecil Otter and collaborator Swiss Andy will also be performing a Wugazi-late show at the venue, featuring Chicago's The Hood Internet. Tickets are still available for both shows and we've also got a pair to give away for the early Doomtree portion! Contest details can be found below.

The group will also be visiting the Apple Store (on N. Michigan Ave.) at 2PM on Saturday, February 25th, for a moderated discussion on their recently released LP No Kings.

--
For a chance at winning tickets to see Doomtree @ Bottom Lounge: Either tweet something creative that includes both @bvChicago & "Doomtree" in the tweet, OR send an email to BVCONTESTS@HOTMAIL.COM with the subject line "Doomtree Chicago" with your first and last name in the body. We'll pick a winner at random and contact them with more details. Your email will not be shared with anyone else. Good luck!
--
Doomtree - "Bangarang"