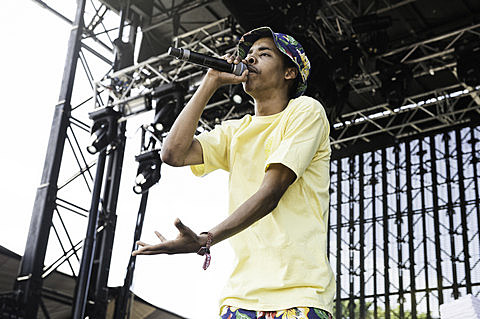 Earl Sweatshirt has cancelled the remainder of his tour. The young rapper cited exhaustion as his reasoning for the cancellation on his Twitter account this morning, saying:

I sincerely apologize to any of y'all who planned to see me at these next couple festival dates. Due to lack of self maintenance I had to press eject on the tour. I am physically and mentally at the end of my rope. I weigh a fraction of what I'm supposed to and without synergy between the body and mind there is nothing. No point in performing if it's not the best show I can give every time. Now that I am home I can get healthy and get this album out to y'all while it's still fresh.

UPDATE: Though it was initially reported that the affected dates included his appearance at Chicago's Pitchfork Festival, Pitchfork now confirms he will still be playing. Metro also confirmed on their twitter that he's also still playing there on 7/19 with Domo Genesis and Mick Jenkins.

Pitchfork Festival (July 18-20 in Union Park) has had cancellations from The Julie Ruin (due to illness), DJ Rashad (due to his tragic passing in late April), and Death Grips (due to them being Death Grips).