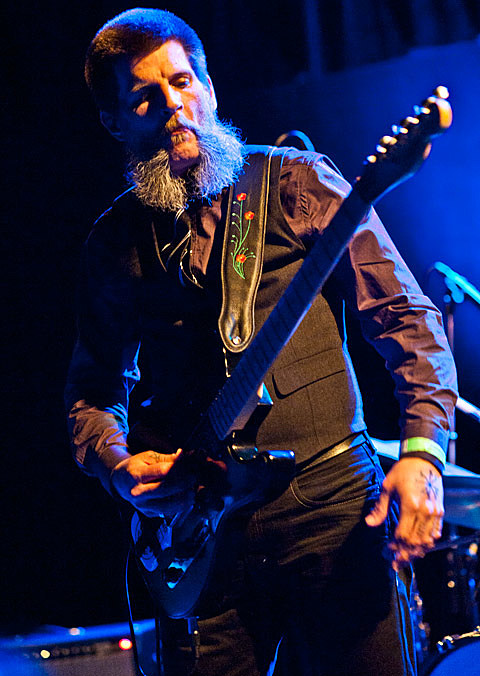 Earth have announced a handful of North American dates surrounding their appearance at Knoxville, Tennessee's Big Ears Festival in late-March. The brief run is slated to open with a performance at the Empty Bottle on March 27. Tickets for the Chicago show go on sale this Friday (1/31) at 10AM CST, and all known dates are listed at the bottom of this post.

Dylan Carlson and co. are also finishing up their eighth studio album. According to the outfit's Facebook page, the follow-up to 2012's Angels of Darkness, Demons of Light II "is being mixed this week." Stay tuned for more information on the LP.

All Earth dates and a couple of song streams lie after the jump...