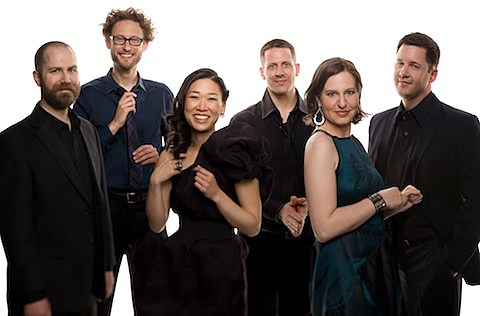 GRAMMY Award-winning Chicago sextet eighth blackbird are set to perform at Millenium Park's Jay Pritzker Pavilion tonight (6/28) at 6PM as part of the Loops and Variations series. As with all Pritzker Pavilion shows in the series, admission is free. They'll also be performing there again, on August 26, as part of John Luther Adams' Inuksuit with over 90 other musicians including Third Coast Percussion.

eighth blackbird are also working with composers Nico Muhly and Bryce Dessner (of The National), which will be showcased with a two-night stand at the Museum of Contemporary Art on April 30 & May 1 of 2013. The performances will feature new works by Muhly and Dessner, as well as music of their their own and music by composers who have inspired them. Tickets will be available for purchase in July. Stay tuned for details.