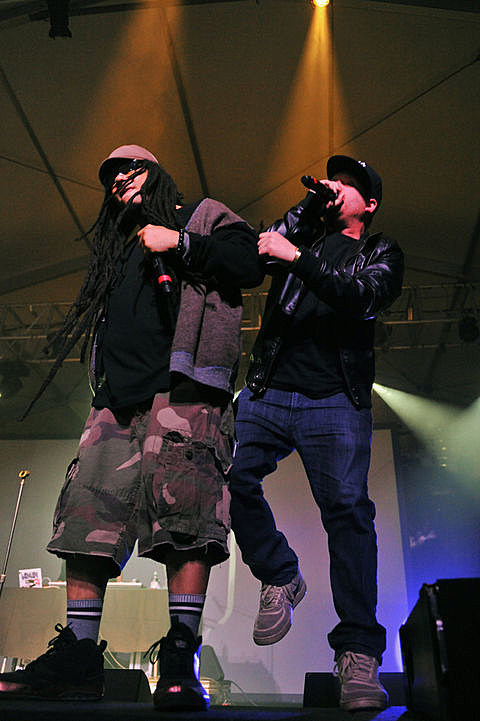 El-P's first solo album in five years, Cancer for Cure, is due out on May 22 via Fat Possum. In support of the album, he has announced a summer North American tour with Mr. Muthafuckin' eXquire, Killer Mike, and Despot. The four MCs will hit the Bottom Lounge on July 6. Tickets for the Chicago show go on sale tomorrow (April 27), at 10AM CST. All dates are listed below.

In related news, Killer Mike has an LP of his own, R.A.P. Music, due to hit stores on May 15 via Williams Street Records. All production on the album was handled by El-P. Check out the R.A.P. Music track "Big Beast" featuring Bun B, Trouble, and T.I. at BrooklynVegan.

Take listen to C4C's third single "Tougher Colder Killer" featuring Killer Mike and Despot below. The album's first two singles ("Drones over Brooklyn" and "The Full Retard") are also streaming below, along side all 2012 tour dates.

* with Mr. Muthafuckin' eXquire
# with Killer Mike
^ with Despot
--