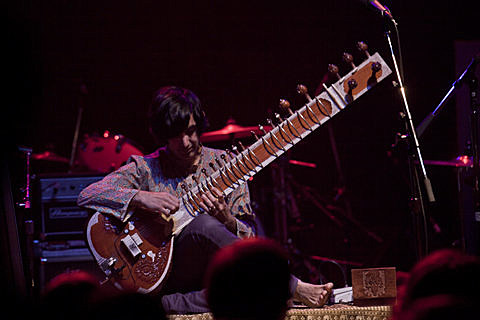 Elephant Stone, the project of Black Angels sideman Rishi Dhir, are slated to head out on a brief U.S. tour in August. That tour includes a performance at Beat Kitchen on August 16, and tickets are on sale now. Rishi and co. welcomed their new, self-titled album earlier this year via Austin Psych Fest's Reverberation Appreciation Society label. If you haven't taken a listen to it yet, you'll find a complete stream of the LP at the bottom of this post.

All Elephant Stone dates and a stream of their self-titled LP are after the jump...