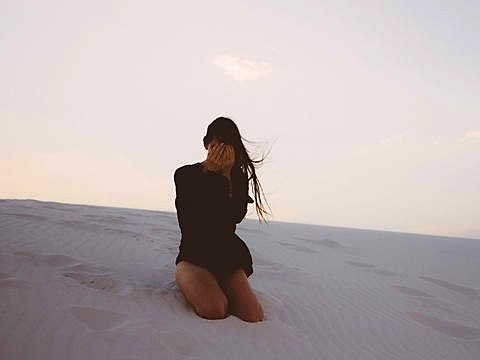 Marriages/Nocturnes/Red Sparrowes guitarist/vocalist Emma Ruth Rundle just recently welcomed her great new solo album, titled Some Heavy Ocean, via Sargent House. Unlike in her other bands, which remain well represented throughout the solo effort, the LP's crystal-clear production serves to highlight her often-powerful voice. You can take a listen to Some Heavy Ocean in its entirety at the bottom of this post.

Emma will be embarking on summer US tour later this month. Many of her dates will be spent supporting the Melvins' King Buzzo, but she's also got a handful of headlining gigs. One of those is a performance at Subterranean on June 29 with Dave Davison (of Maps & Atlases) and Mister Suit. Advance tickets for the Chicago show are on sale now.

All E.R.R. dates and a stream of Some Heavy Ocean lie after the jump...