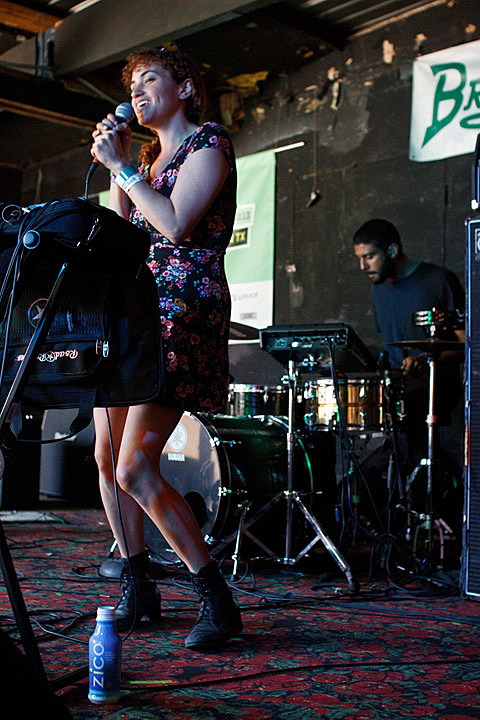 Young Brooklyn indie pop artist Empress Of, who recently signed to Terrible, and who BrooklynVegan hosted recently in NYC and Austin, is on tour with Jamie Lidell, April 6th Lincoln Hall show included (Ludwig Persik is also on the bill). If you have a ticket to the sold out Chicago show, get there early to check her. If not, you'll have to settle for the stripped down video (recorded at SXSW) below...