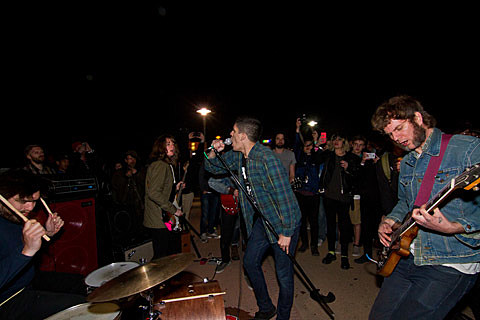 Memphis' Ex-Cult, who just recently delivered a charismatic performance on a pedestrian bridge during SXSW, are gearing up for their second spring US tour. That tour is slated to begin in mid-May and will tag Chicago for a show at the Empty Bottle on May 29. Advance tickets are on sale now, with support TBA.

The band are also gearing up for the release of their second album, Midnight Passenger, which is due out on April 29 via Goner Records. So far, they've let the LP's intense title track fly and you can take a listen to it at the bottom of this post.

All known Ex-Cult dates, a stream of "Midnight Passenger," and a couple of videos lie after the jump...