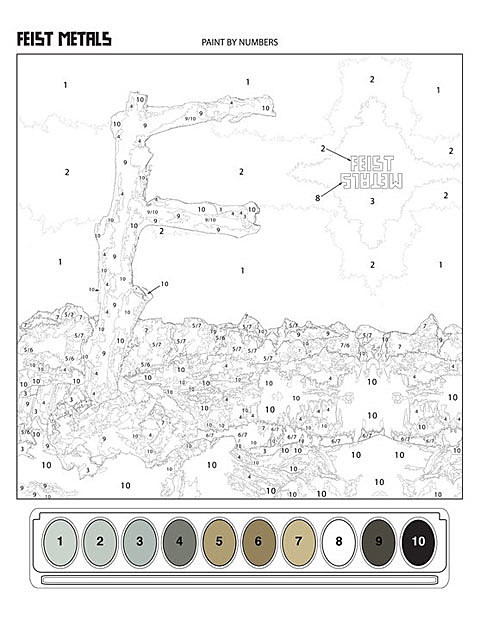 As previously announced, Feist is set to release her new LP Metals on October 4 via Cherrytree/Interscope. Like her peers Bjork, and St. Vincent; Feist has been slowly revealing album details, key dates, and teaser clips via her website.

The above is her album cover, which you can color in as part of a contest via Facebook.

Feist has just announced a short string of November dates, which include a November 4th performance at the Riv. Tickets will be posted shortly.

Head to BrooklynVegan to check out a few teaser videos, and all 2011 tour dates.