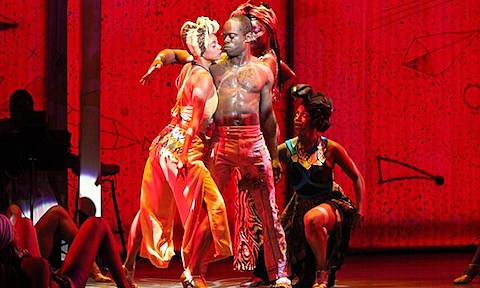 FELA!, the musical, is going on an extensive US tour this year with multiple performances in each city it visits. That tour will begin later this month in Washington, D.C., and will take residency at Chicago's Arie Crown Theater from February 19-23 for six-performances. Tickets for all Arie Crown Theater performances are on sale now. All dates are listed below.

As you may recall, FELA! visited Chicago for a run at the Oriental Theatre last spring, and also for a performance at Lincoln Hall. Did you attend either?

All FELA! tour dates and some videos are below...

FELA: Water No Get Enemy