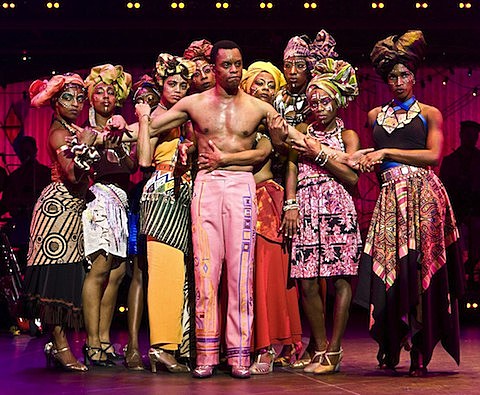 FELA!, the musical based on the life of the late Fela Anikulapo Kuti is coming to Chicago's Oriental Theatre for a two-and-a-half week run starting on March 27th. Seat prices range from $96 - $230 per person; tickets are on sale now.

The night before their final Chicago performance (on April 8th), the Fela Band, which features members of the Antibalas Afrobeat Orchestra and the musical cast, will perform at Lincoln Hall! Tickets go on sale tomorrow (1/13), at noon CST.

All FELA! dates and a video of Black Star joining the cast in San Francisco, below..