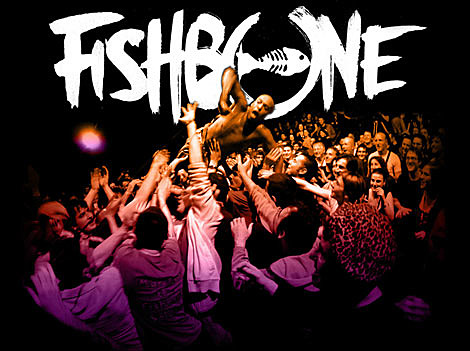 EVERYDAY SUNSHINE is a documentary about the band Fishbone, musical pioneers who have been rocking on the margins of pop culture for the past 25 years. From the streets of South-Central Los Angeles and the competitive Hollywood music scene of the 1980's, the band rose to prominence, only to fall apart when on the verge of "making it."

Laurence Fishburne narrates EVERYDAY SUNSHINE, an entertaining cinematic journey into the personal lives of this unique Black rock band, an untold story of fiercely individual artists in their quest to reclaim their musical legacy while debunking the myths of young Black men from urban America. Highlighting the parallel journeys of a band and their city, EVERYDAY SUNSHINE explores the personal and cultural forces that gave rise to California's legendary Black punk sons that continue to defy categories and expectations.

At the heart of the film's story is lead singer Angelo Moore and bassist Norwood Fisher who show how they keep the band rolling, out of pride, desperation and love for their art. To overcome money woes, family strife, and the strain of being aging Punk rockers on the road, Norwood and Angelo are challenged to re-invent themselves in the face of dysfunction and ghosts from a painful past.

The documentary Everyday Sunshine is named after arguably their biggest single, and will make its Chicago premiere on December 9th at the Gene Siskel Film Center. The film will show on all nights that weekend, featuring a Q&A with its directors Lev Anderson and Chris Metzler. Fishbone are playing the Bottom Lounge on Saturday, December 10th, but will stop by the theater for a special discussion before their set. Support will come from Roots Of Creation and E3PO, tickets are still available.

Film trailer, Chicago screening dates, and all 2011 tour dates below..