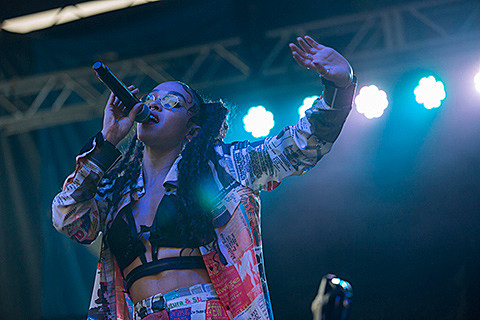 UK electro-popper FKA twigs welcomed her debut LP earlier this week to critical acclaim. She's proved she can bring it live too, on a brief summer North American tour. FKA has announced that she'll be returning to North America for a large-scale fall tour. That run includes performances at venues like the 9:30 Club (D.C.), Union Transfer (Philly), and Terminal 5 (NYC), as well as a show at Metro on November 13. Tickets for the Chicago show go on sale this Friday (8/15) at noon CST.

All FKA Twigs dates and the video for LP1's "Two Weeks" lie after the jump...