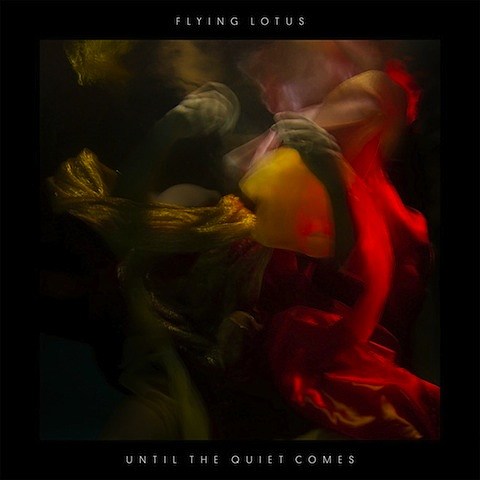 Flying Lotus, who was just here to play the 2012 Pitchfork Music Festival, the Eric Andre Show at the Bottom Lounge, and attempted to headline his Brainfeeder showcase, has detailed the released of his new album, Until the Quiet Comes. The LP serves as the long-awaited follow up to 2010's Cosmogramma and like that album, features a guest spot from Thom Yorke. Additional guests include Niki Randa, Erykah Badu, Thundercat, and Laura Darlington. Until the Quiet Comes will hit stores on October 2 via Warp. That's its cover art above and you'll find its tracklist at the bottom of this post. As mentioned, all of FlyLo's Warp releases were just reissued on vinyl. You can purchase them in a bundle, individually, and/or stream them over at Bleep.

Flying Lotus will head out on a brief North American tour in October, which makes a stop at Chicago's Metro on October 16. Ticketing info is forthcoming.

All FlyLo dates are listed below, along with album info for Until the Quiet Comes.