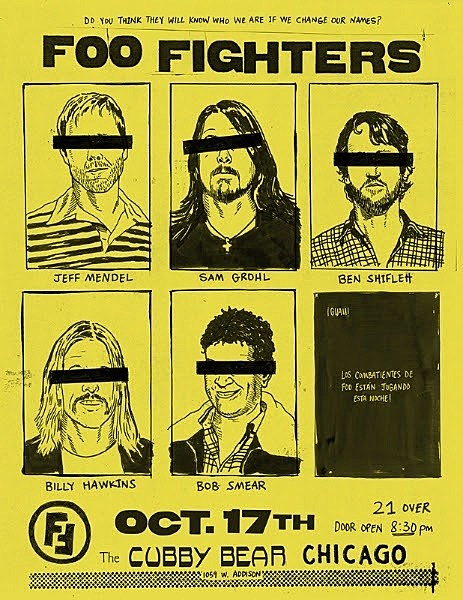 To coincide with the premiere of their new HBO series Foo Fighters: Sonic Highways, which debuts this Friday (10/17) at 10PM CST, Dave Grohl and the Foos are playing an intimate Chicago show at Wrigleyville bar/venue the Cubby Bear on Friday night. Following a screening of the series' premiere episode, the Foo Fighters will take the stage at 11PM. Tickets go on sale this Wednesday (10/15) at 10AM-- good luck. The show will also be streaming live via HBO's Facebook page.

The Foo Fighters' new album, aptly titled Sonic Highways, is due out on November 10 via Roswell/RCA.