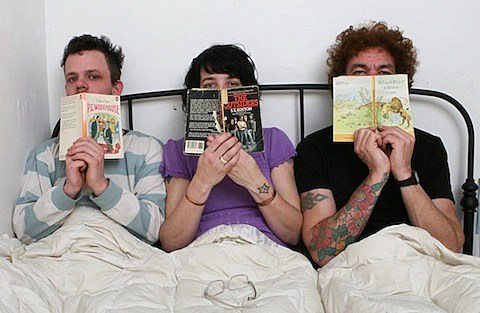 Forgetters, the project of Blake Schwarzenbach (Jawbreaker, Jets to Brazil) and Kevin Mahon (Against Me!), welcomed their J. Robbins-produced, self-titled LP late last year via their own Too Small to Fail Records. Bassist Michelle Proffit (Hiretsukan) is also part of the group but did not play on the album; J. Robbins did. If you haven't heard the LP yet, it's available to stream at the bottom of this post.

Forgetters will be embarking on a brief U.S. tour next month. That tour includes a performance at the Empty Bottle on March 28 with support from Pamphleteers. Advance tickets for the Chicago show are on sale now.

All Forgetters tour dates and a stream of their debut self-titled LP are below...