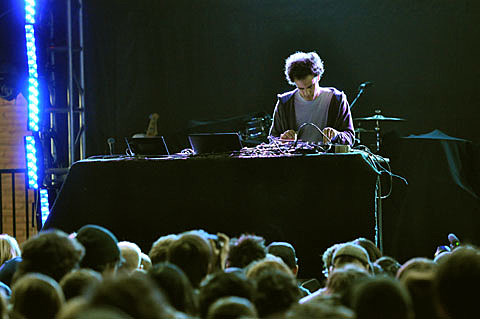 Four Tet (aka Kieran Hebden) is slowly beginning to announce a spring North American tour. He'll play Coachella next month, will participate in The Red Bull Music Academy's NYC events in May, and has just added a DJ set at Smart Bar on May 16 to his schedule. Nate Maniac will act as main support, and ticketing information is forthcoming. Check Etix for updates.

Hebden just recently dropped a pair of new tracks. The first was a great, official remix of Justin Timberlake's "Suit and Tie," and the second was a new one called "For These Times" which appears on Nonplus+ Records' Think And Change compilation. The entire comp. is fairly dance-floor-ready and Hebden's contribution is no exception to that rule. You can stream both of his new tracks at the bottom of this post. He's also set to welcome a reissue of 2003's Rounds in May via Domino Records.

All known Four Tet tour dates and those song streams are below...